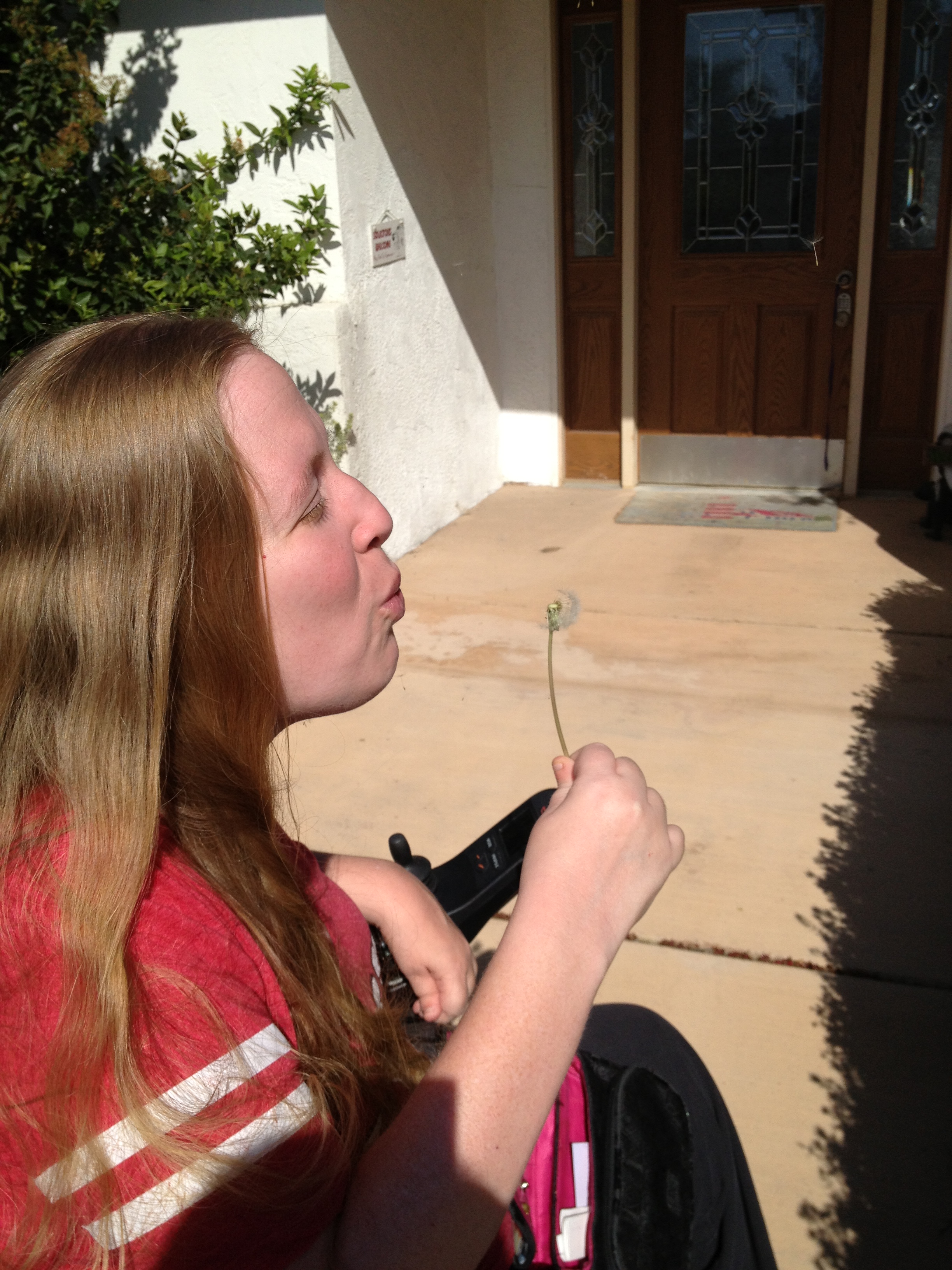 After New York City, I stopped in Pennsylvania to see my grandfather, who’s in his 90s. I hadn’t seen him in 5 years, and felt sad and angry that I’d been kept from him for so long by my partner’s control. Then I went back to my Dad’s house for a longer visit than last time.

I got to see some old friends, including Jennifer whom I hadn’t seen in 15 years. She is my oldest friend that I’m still in regular contact with; we met when I was 11 in a service dog training class. People used to get the two of us mixed up because we both use wheelchairs and had blonde hair, glasses, and a service dog, even though our dogs never looked similar – she had Labs and I had Goldens. It’s funny but also sometimes frustrating how people remember and identify people with disabilities by our wheelchairs. It’s always the first thing people mention when describing my appearance to others. She’s the woman in the wheelchair. Not my reddish blonde hair, blue eyes, or pale skin. Not even that I should lose some weight. I’d be thrilled if just once, someone called me the fat blonde woman.

As it did the last time, being in Bloomington brought up a lot of memories. On the first trip my sense of liberation and freedom overwhelmed much of the sadness; this time the regret and self-criticism welled up from deep within and pulled me to a darker place.  I was reminded of all the ambition and potential I had as a teenager, how despite many challenging experiences, I had excelled in school and had big plans for my life. But now I was nothing. I was an embarrassment to my father, to my mother’s memory and all that she’d sacrificed for me, and most of all to myself. My classmates from Stanford are now lawyers and doctors and CEOs, happily married with children, while I was trapped at home selling virtual land on the Internet and getting screamed at every day by a college dropout who wouldn’t get a job or help herself.

One morning I woke up and the first thing I did was involuntarily cry out “No!” I went back to sleep for half an hour, but it still wasn’t much better. It was time to go home and begin the hard work of setting myself free.