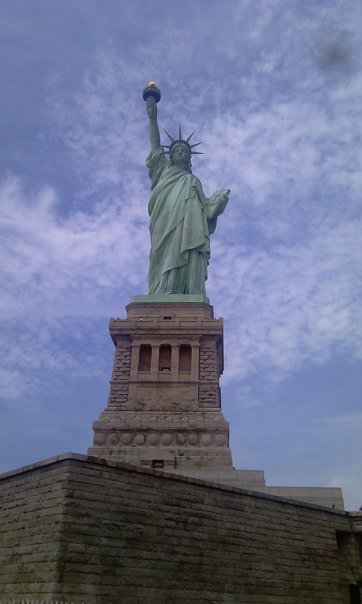 After the convention, Tamra joined us on our road trip from Boston to New York City. This time we stayed in the Marriott in Times Square, which I give high marks for quality and accessibility. The rooms are spacious, with large bathrooms and a beautiful view. However it’s very expensive and the parking costs extra, so Tamra was kind enough to park my van in her driveway and bring it in on the days we needed it.

The Statue of Liberty

I was thrilled to be back in New York, and had five days this time to really get to know the city. I saw 3 Broadway shows – In the Heights, Jersey Boys, and Promises, Promises.

In the Heights was OK – The set design was outstanding, and brought the community and its inhabitants to life vividly and realistically. The characters were interesting and the singing was excellent, but I found the story predictable. I would have preferred an edgier plot; it felt like a story about “the hood” sanitized for Molly Midwest taking the kids to a Broadway show.

Jersey Boys was very well done; based on the true story of Frankie Valli and the Four Seasons, it featured all of their famous songs, with the harmonies that made them famous.

Promises, Promises was my favorite of the three shows – besides starring one of my favorite Broadway divas, Kristin Chenoweth, it also featured excellent performances by Sean Hayes and Tony Goldwyn (aka the bad guy in Ghost). It had classic songs by Burt Bacharach and a plot with a meaningful message.

We celebrated Tamra’s birthday at the famous Sardi’s restaurant, a favorite of Broadway performers and home to a large collection of caricatures that adorn the walls.   I made a point to create traditions and remember my first trip by having another lobster roll at Junior’s and walking around Times Square at night. It’s a testament to my inner turmoil that this is how I described it.

Last night I went out to Times Square by myself and just wandered up and down the streets. I was completely alone, no one following me or looking out for potholes…except me. The last time I was here, just a few short months ago, I was intimidated and overwhelmed. This time I had almost no fear…and after a few minutes, an amazing sense of peace came over me. I felt as though there was a bubble, or shield, of warmth and calmness surrounding me. I felt both apart from and a part of the crowd. I don’t belong here, I love visiting this city, but it is trees, nature, beauty, that usually bring me joy and spiritual growth. Yet in that moment, I belonged to and within myself, and so I found solace where I least expected it. 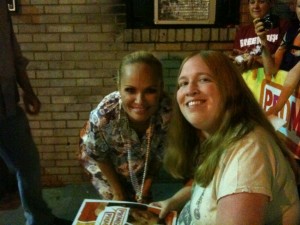 The next day I visited the Met, beginning with the Cloisters, the collection of medieval art. The Unicorn Tapestries were stunning, and I felt peaceful sitting in the garden featuring plants and herbs that were grown in those times. We found out that the pass for the Cloisters also covered the main museum, so I got a whirlwind tour there too.I gained a much greater appreciation for Monet – being in the presence of the actual paintings makes such a big difference, they seem so much more vivid. Van Gogh has always been my favorite painter, but seeing his work in person moved me to tears.So much torment, but also so much life in his brushstrokes. To see that texture in person…it will stay with me forever.

My first NYC trip felt very unfinished…this time I accomplished more & learned more about myself. I knew I didn’t have all the answers,but it was an important stop on the journey of life.