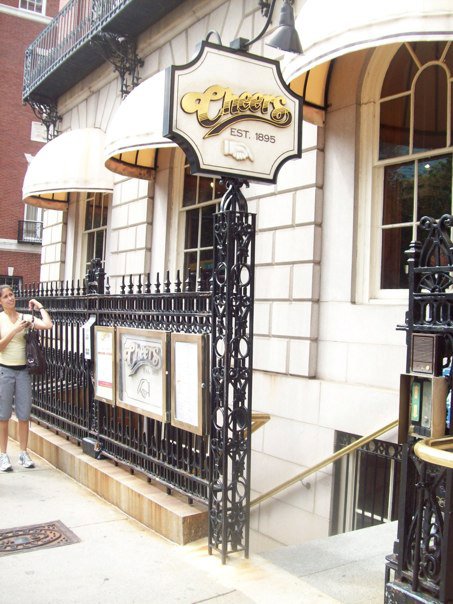 By August 2010 I was more than ready to hit the road again. The last-ditch efforts I made to save my marriage had failed, and things were getting even worse. As I was leaving, she cornered me and demanded my credit card information, claiming she would need it to pay bills – even though I’d made sure everything was taken care of before leaving. I was too afraid to say no. The only thing I could be sure of was that she’d never hurt the dogs, so at least I knew they’d be taken care of during my absence. 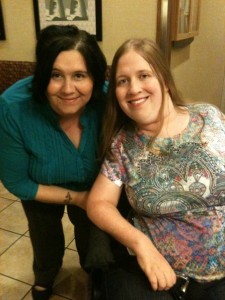 One of the first stops on my trip was in Illinois to meet a long time friend from Second Life, Brandy. She is an ambitious and talented woman who has worked for me with my online business ventures for several years. She survived an abusive relationship, and was one of the first people to recognize the signs in my relationship and tell me that what was happening to me was wrong. She has been a very supportive friend, and it was great to meet at last.

If I ever write my memoirs, I will seriously consider titling the book “A Place to Pee”. In Iowa, I had to go to 3 different places to find a properly wheelchair accessible bathroom. Yep, in Iowa I can get married, but not take a whiz, apparently. Such is the tale of my life!

We made good time to Boston, stopping as usual for a night at my dad’s house along the way. Driving through upstate New York, we passed a little town that seemed like heaven, nestled in the woods with a lake and adorable little houses with docks. The peace and tranquility I felt moved me deeply, and I held onto the images of that place in my mind like a talisman. I know it gets godawful cold and snowy in the winter, but the New England countryside is one of the most peaceful and calming places I’ve ever seen. The forests, the light fog up in the hills, all the lakes and rivers…I feel so alive there.

As we drove through Western Mass. I remembered that I once seriously considered moving there even though I’d never even visited, because it’s an amazing place for both scenery and culture. It was one of those “the road not traveled” moments. Too many roads I didn’t travel that perhaps I should have – but now I no longer feel it’s too late. 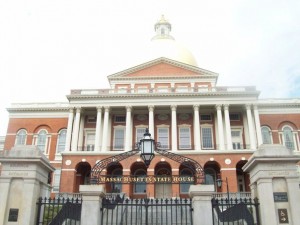 When I lived in Boston in the summer of 1994, wheelchair access left a lot to be desired. 16 years later I was hoping for some improvements, but it was a mixed bag. Many individual businesses and buildings are now accessible, but public transportation remains terrible. Many subway stops are still not accessible. However, there are accessible cabs, which is a major improvement on New York City.

While in Boston I had the chance to go whale watching for the first time. I loved having a chance to see these majestic animals up close, yet free and in their natural environment. (You won’t catch me going to Sea World anytime soon.) I also enjoyed the rich culinary bounty of the sea, including pastry wrapped halibut with leeks, and “lazy man lobster” – they remove it from the shell for you, convenient for people with disabilities! 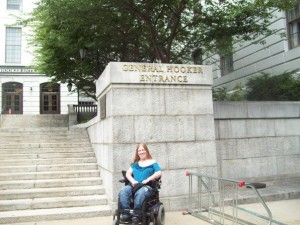 “General Hooker Entrance” to the Statehouse

Boston of course played a major role in the founding of the United States; I got to see many sites on the Freedom Trail, including Faneuil Hall, Massachusetts State House, the Park Street Church, and Granary Burying Ground (sadly not wheelchair accessible).  I also went to Cheers and had a beer, but nobody knew my name.

Driving a wheelchair across bricks and cobblestones, both ubiquitous in Boston, is like taking all one’s internal organs and tossing them in a washing machine. Ouch. At least it burns a lot of that despised belly fat. If I lived there I would be thin in no time! 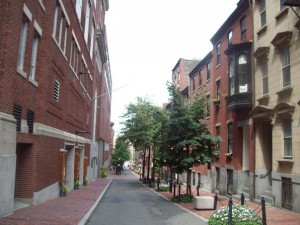 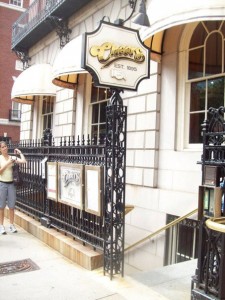 Cheers – Yes, there’s a lift to get downstairs!

The next day it was time for everyone to start arriving for the Second Life Community Convention. It was a gathering of some friends I’d met before, and others I’d been eagerly awaiting to meet. Tamra was there, along with several other friends from the Connecticut jam,  Lauren Weyland the famous Second Life comedian, an organist who came all the way from Austria, and Jean Munro, who has become a great friend. Jean also has a mobility disability, and we connected over that and our shared love of music. She’s a wonderful person with a beautiful voice, and we had a great afternoon of going shopping for party supplies and then singing late into the night. 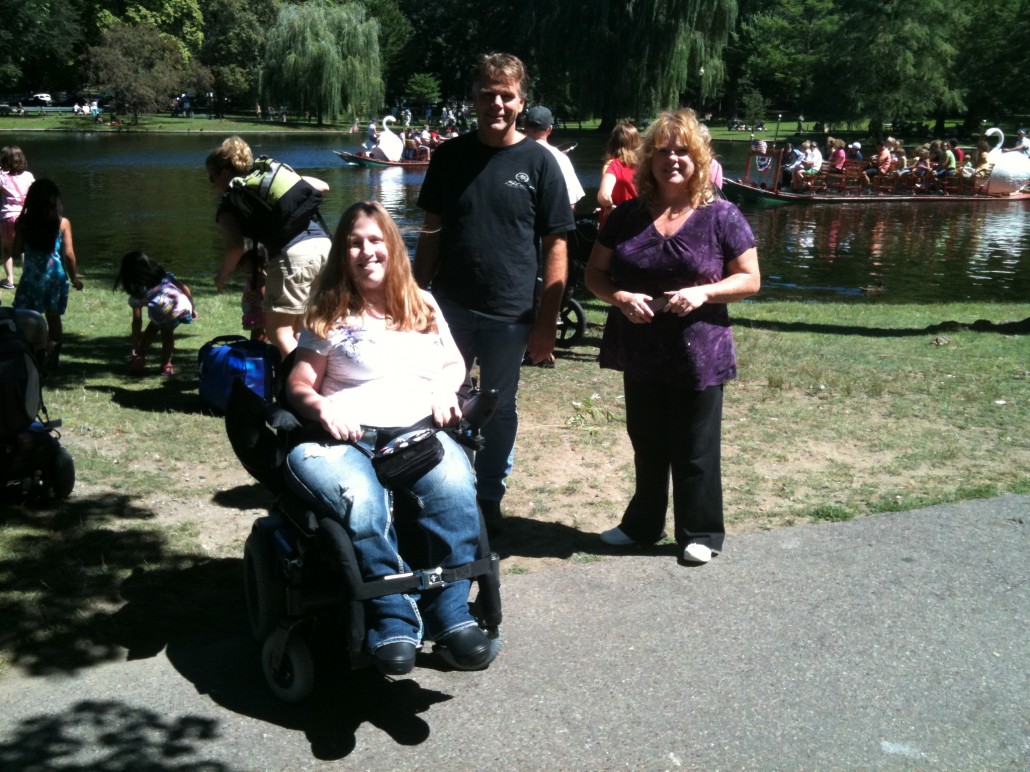 With Jean and other convention attendees

The next day the convention swung into full gear with the CEO of Second Life giving his infamous “fast, easy, and fun” speech – which as you can imagine led to quite a few jokes and parody songs. I spoke on a panel about business in Second Life, and the musicians gathered at an art center at an old nearby building for a night of fun. Strangely the building had an elevator, but no ramp at the entrance, so I had several drunk Irishmen lift me and my wheelchair up and down the steps. An unforgettable experience!

While in Boston, I got a sticker for the back of my wheelchair that says “Do one thing every day that scares you.” -Eleanor Roosevelt. Considering what a chicken I am, this isn’t really that difficult, but still advice I really want, no, need, to live by. Others may think that traveling cross-country like I do would be scary, but it gives me strength and courage to confront situations that are much more frightening, far closer to home.