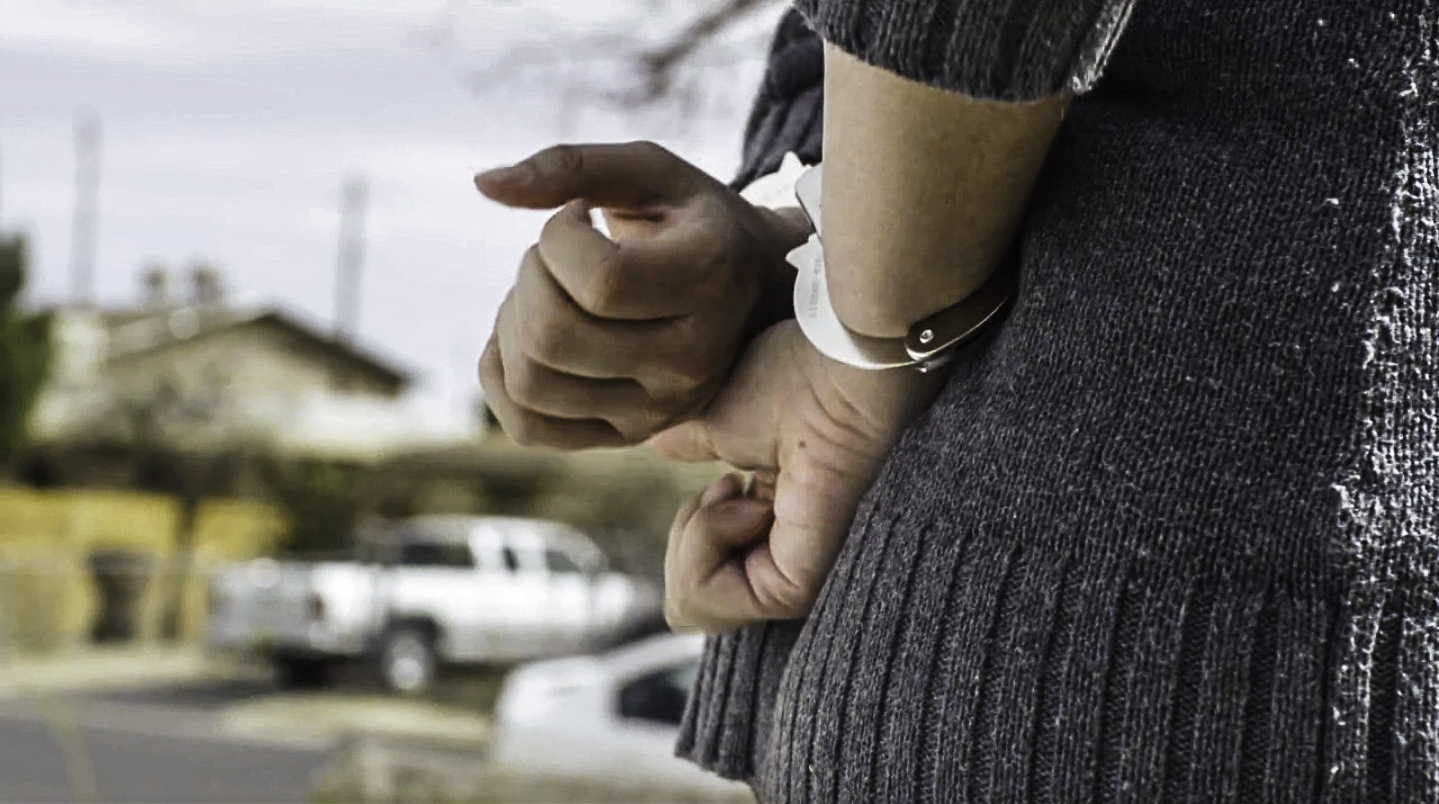 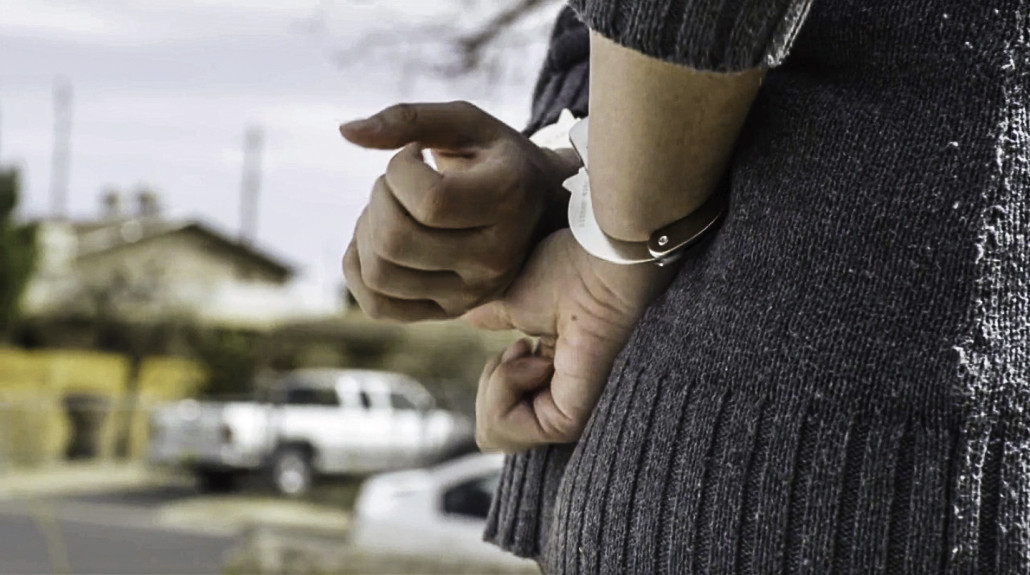 Jennifer Martinez was arrested on May 19. This is not actually her. I wish I had a photo of her perp walk!

I have some good news to share. On May 19, 2015, Jennifer Lynne Martinez, aka Jennifer Alarcon, the former IHSS caregiver who orchestrated the home invasion robbery, and stole my personal information to defraud and threaten me, was arrested. She is charged with three felonies related to identity theft and burglary, and is being held on $100,000 bail. Initially, I believed that the charges were from my case, but apparently they are an unrelated case. I am not the only victim. I don’t know too many details, but apparently these additional crimes were committed somewhat differently, and the victims were not disabled.

Even though the charges aren’t about my case, this is great news. The police have her phone and access to everything else in her life to look for a connection to the home invasion and death threats. She is clearly a bad apple and a con artist who takes advantage of people at every opportunity. She needs to be stopped, and now she is in a place where she can’t hurt anyone. Provided that she is found guilty, she will NEVER be able to work for IHSS or in any other caregiving capacity again.

I am greatly appreciative of the hard work the police have done in my case. The system moves slowly and it isn’t perfect, but I now believe that justice will be served. These losers are not very bright, and hopefully they have left plenty of evidence behind. I feel so much relief right now, and dare I say it, joy. This woman ruined my life and she is finally facing the consequences.

You all may have noticed that I have not shared the names of the attackers here. I’m not sure whether doing so could potentially jeopardize the case. The moment that they take pleas or are convicted, I will post the names. In fact, they will have their own page with names and photos and the best possible search engine optimization. If and when they are released from prison, anyone who considers hiring them need only do a Google search and they will be spared the trauma I have been through. (See update: names and pictures are now posted.)

In the meantime, I’m doing well, considering. People say things to me such as “It’s great that you’re able to go out and have some fun,” and “If I were you, I’d still be having nightmares every night.” I’m about as surprised as they are. In the days following the attack, I felt like my life was over. I imagined myself a week, a month, a year later, and was sure I would be a mess. Paralyzed by PTSD, afraid to be alone, constantly looking over my shoulder, unable to ever trust anyone or enjoy life again.

On the whole, none of those things have happened. I have wonderful care assistants whom I trust. The place where I’m living now is a close-knit community, with less of a seedy underclass that I have to weed through (and risk misjudging someone again) when trying to hire caregivers. I go out almost every day, attend concerts, and spend time with friends. It’s hard to be alone, but I push through, because I have to. I won’t let a pair of scumbags take my independence away from me.

There are little things, though, lots of them, and they pile up and become overwhelming sometimes. I sleep with most of the lights on – when I sleep, which isn’t as much as I should. If I sleep for too long, I have nightmares, so I try not to ever get more than eight hours sleep, unless I’m sick. I’ve been sick a lot, with two major illnesses since I moved. I got the flu for the first time in over 10 years, and then recently, the worst urinary tract infection I’ve ever experienced had me doubled over in pain and miserable for two weeks. The stress of moving to a new place and trying to heal mentally has weakened me physically, and I’m fighting now to be healthy again.

I haven’t been the best at keeping in contact with my therapist. It’s not her fault, she’s wonderful, but I feel like there’s not really much she can do for me. She can’t get a civil attorney to call back and take my case. She has already documented the crime’s effects on me to Victim’s Compensation, so all I can do is pray that they will reimburse me for the extraordinary costs of this crime, so that I can get out of debt in my lifetime. Thankfully, it’s a relative whom I owe, so as long as I make payments, I can still travel a bit and such, which is something I desperately need right now. Without disclosing my new location, I can say that it’s considerably closer to New York City. I hope to go there sometime in July, and frequently thereafter.

That’s another thing. I don’t like feeling as if I’m in the witness protection program. I want to share the important things in my life. I don’t think anyone should have to hide what city they live in, particularly someone who is a semi-public figure, who works as a blogger and activist, and does marketing for musicians. It’s hard for people to relate to you if they don’t know where you live. I hope to change this as soon as the two scumbags are sentenced. While they serve their time, I’ll be gradually making my home more and more like Fort Knox, so I can feel safe sharing my general location. You won’t be able to sneeze on my property line without being seen on a security camera. I already have quite a few measures in place, and it’s just going to get better. I won’t be building a survivalist bunker or anything, but there will be lots of security seamlessly blended into my life. It’s what helps me feel safe, and allows me to be doing this well – considering.

I want to thank my family, friends, and readers again for the support. I’ll be back with travel and adventure news soon. Onward and upward!

On to Update: Jennifer Martinez Arrested for Funeral Burglaries