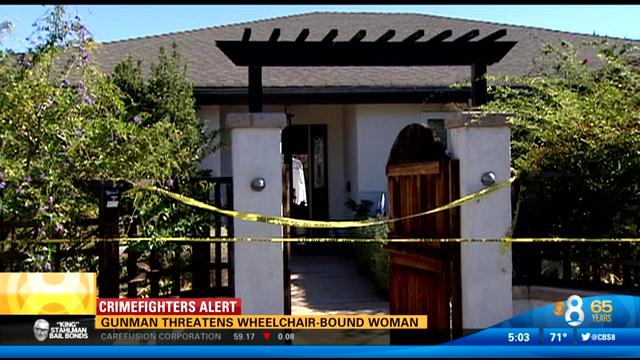 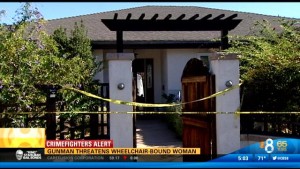 My house, no longer a home

My name is Karin Willison. I was born with cerebral palsy and use a wheelchair, but I’ve never let that stop me. I fought against the odds to move across the country, attend Stanford University, and live an independent and fulfilling life in LA and later San Diego, California. I earned my Master’s degree, and owned a beautiful home. I lived independently with the help of in-home caregivers funded by the California state In-Home Support Services (IHSS) program. But in just one moment, an evil person shattered everything I worked for my whole life. 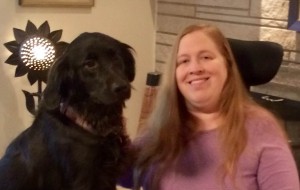 On November 28, 2014, I and C, my loyal caregiver of five years, were attacked in my home by a masked intruder. He put a gun to my neck and threw me out of my wheelchair. I lay helplessly on the floor as he took C to the back bedroom. He threatened and terrified her, but when he began stealing items, she courageously escaped and called the police from a neighbor’s home as the attacker escaped with a getaway driver.

It soon became clear that the attacker had been given my front door code and other information by a former caregiver, and used it to access my home, expecting that I would be alone in bed and unable to defend myself. C arriving early to work had disrupted their plans, and perhaps saved my life.

My nightmare didn’t end there. Two days later, fraudulent charges were made on my credit card, though it was still in my wallet. The following day, I began receiving terrifying e-mails from the attackers, in which they threatened to kill my dogs, friends, and family if I didn’t send them thousands of dollars. Lacking any means of protecting myself, I was forced to flee my home and move out-of-state. I left behind my whole life, my friends, and all of my plans for the future. C lost her job because I moved. We both struggle with PTSD as a result of the attack. My life as I knew it was over.

Two months later, police arrested the man who attacked me, the boyfriend of a caregiver whom I had fired three days before the robbery for poor job performance. We now believe that from the beginning she intended to rob me by stealing my personal info and committing identity theft. I must have let her go before she could get everything she wanted, so they decided to commit a home invasion robbery and threaten my life. 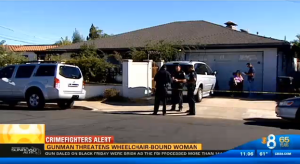 Police outside my home

In May 2015, the fired caregiver and another man were arrested by the El Cajon Police Department and charged with a string of burglaries that targeted homes of people while they were at the funerals of loved ones. She was later charged in my case as well.

In February 2016, both perpetrators, Jennifer Martinez and Herbert Cruz plead guilty to attacking me. Cruz was sentenced to 18 years 4 months in prison at 85% time required. Martinez will do 13 years 4 months in prison at 85%. Is it justice? Yes, in part. I am grateful to the police and especially to the district attorney who pushed hard for the case to be investigated and for the perpetrators to receive the harsh sentences they deserved.

However, the attack cost my family and I over $60,000 for moving and home care. I have a restitution order, but the chances of me collecting anything are slim. And frankly, the state should be held responsible for its lack of protection for people like me who use state-funded home care services. The IHSS program administration failed to respond adequately to this situation, going months without returning my calls and disrupting payments to my caregivers. They did not provide C with workers’ compensation or any form of assistance. I hold IHSS in large part responsible for what happened to me, as the program is so poorly managed, and pays such low wages, that it makes people with disabilities targets for theft and abuse. My article Easy Targets: How California’s IHSS Program Endangers People with Disabilities covers this issue in more detail.

Despite everything I have been through, I am determined to build a new and joyful life. As a survivor of this crime and also domestic abuse, I have found healing through sharing my experiences and speaking out about violence against people with disabilities. I want to do my part to help prevent this nightmare from happening to anyone else. Please contact karin@freewheelintravel.org for media inquiries, or if you have further information about these perpetrators or other IHSS-connected crimes.

You can read my full story with more details of the crime and aftermath here: Attacked By A Criminal Caregiver – Part 1

How You Can Help

Visit my Work With Me page for media and business inquiries. Even though the home invasion happened several years ago, I have never fully recovered emotionally or financially. If you would like to help, I appreciate any donations.
1,610 , 1