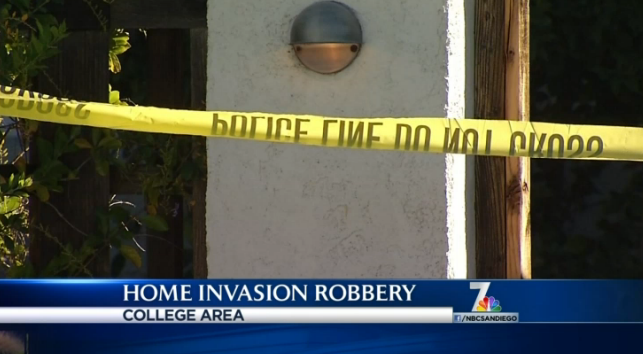 The following is my analysis of legal liability surrounding IHSS, and what would be required to find the state of California partially responsible for the home invasion robbery I suffered. I am not an attorney, and nothing in this document should be taken as legal advice. I am primarily creating this document to send to potential attorneys whom I am contacting regarding my case. Please feel free to share this document with anyone you know who might be able to help. Thank you.

According to the analysis on the page listed below, IHSS has regulations in place designed to shield them from liability in case of crimes committed by a caregiver/provider. However, their ability to maintain that immunity is likely dependent on a court finding that they are not the employer. Due to the current implementation of and flaws in the program, there is a case to be made that the state is the employer, or that they interfere with the disabled recipients’ choice and control over providers to a degree that opens them to liability.

It appears that the key to winning a case against IHSS would be to prove that the state is the employer. Some courts have found this to be true, but other decisions have found that the IHSS consumer is the employer. They have based this on the fact that the consumer chooses, trains, supervises, and if necessary dismisses the employee/provider. However, this argument fails to take into consideration the rules and limitations placed on that employer relationship by the state, which go beyond ordinary labor laws for employees of small businesses, etc.

First, the state limits whom the recipient can hire, via background checks. These checks only exclude certain crimes, and the results are never provided to the consumer. If the consumer was the employer, why wouldn’t they receive copies of the background checks? The provider/caregiver is required to pay a fee for this service, and the fee goes to the state, not the consumer.

Second, the state requires that the provider attend an orientation / training in order to be paid. Attending the orientation does not provide any type of licensure, so it is not comparable to receiving a CNA, beauticians license, or other professional license. The provider must attend this orientation even if the consumer would not want them to attend.

Third, there are many restrictions on when and how much a provider can be paid. Currently providers cannot receive money until they have completed the background check and results have been received from the Department of Justice. This typically takes more than 30 days, forcing the consumer to violate state labor laws by not paying his/her provider on time. Further, the delays in this process often prevent the consumer from ever paying the provider with state funds. Consumers with severe disabilities who receive Advance Pay must send in time sheets accounting for all of the funds being distributed to a registered provider within 90 days. If this does not occur, the consumer must return the extra funds. However, it is not uncommon for it to take longer than 90 days for a new provider to be enrolled. If the provider does not pass the eligibility requirements, there will not be enough time for the consumer to find a new provider before the 90 days is up.

Consumers lack a key right of an employer – the right to set wages. The state pays a wage, and the consumer has no say in that amount. There are no provisions for extra pay for more difficult work. The state allows unlicensed workers to perform paramedical tasks, but does not give extra compensation for these tasks that would ordinarily be performed by a nurse or other licensed professional. It seems likely that consumers would choose to pay higher wages for more skilled work, length of time in the position, and good performance, but they lack the right to use state pay for that purpose.

Although consumers have partial rights to set duties and schedules, the tasks which the IHSS provider will perform are determined by the state. The state actually allocates various amounts of minutes and hours for specific tasks, and expects that the time is spent on those tasks. The consumer cannot use IHSS funding for tasks not on the authorized list. This substantially limits their rights as the employer, and inserts the state into the employment relationship.

Although the state keeps a registry of approved providers, there is no way to check employment history or references. There is no publicly announced system for reporting or blocking criminal or abusive caregivers, and IHSS recipients cannot access whatever data is currently stored.

1. I suddenly lost a provider and needed to hire someone new. Due to the slowness of processing background checks and the Advance Pay 90 day limit, it was impossible for me to choose a new provider who was not already registered, without having to return funds to the state. Therefore, I was forced to hire someone who was already registered, substantially limiting the pool of available applicants.

2. Due to this requirement, the candidates from which I had to choose were of a lesser quality. I have significant needs, and struggled to find someone appropriate. I typically hire more educated individuals, such as college students in health-related career paths, and then have them become IHSS registered. Most of the already IHSS registered applicants had one or more of the following problems: poor grasp of English/literacy, unstable life factors such as not having a car or reliable childcare, and/or evident inability to handle complex tasks.

I hired the caregiver who victimized me even though I did not really wish to do so. I did not particularly like her, and would never have hired her if she was not IHSS registered. I felt I had no choice but to hire her because she seemed slightly more likely than the others to be able to do the job – but I was still less than confident in her abilities.

3. When I hired her, I filled out the Recipient Designation of Provider form, and mailed it to my social worker. I did not receive a response to that form.

4. Within the first two weeks, I determined that the caregiver who victimized me was not appropriate for the job. She did not complete household tasks in a quality or timely manner, and was not physically strong enough to transfer me safely. Therefore, I had to terminate her employment. However, I had no time sheets to fill out for the state in order to pay her with Advance Pay funds. I was forced to pay out-of-pocket, as I would otherwise have been violating state labor laws requiring that an individual be paid immediately upon termination.

5. To this day I have never received timesheets for her.

County of San Diego IHSS negligence after the robbery

1. I called my social worker the day of the robbery, and again three days later, to report what happened and that an IHSS caregiver was likely involved. I did not receive a call back from her for over three months, until my story began to circulate on social media.

2. I never received a call from my social worker or anyone else asking for the name of the provider or indicating a desire to investigate her, or block her from providing IHSS. I did call Public Authority and report the incident. I was told that she would be flagged in the system, but they couldn’t give me more details. I have no way of knowing whether this actually occurred.

3. My Advance Pay was terminated after the robbery without written notification or any explanation. This is a violation, as the state is required by law to send a notice of action or other letter regarding these types of changes. The checks simply stopped coming. This disrupted payments to my caregivers, and I still have not received a December 2014 check.

I am seeking the following resolution to my case, and would prefer to achieve it out of court, if possible:

1. A formal, written apology from my social worker and the IHSS office for their lack of concern and action in my situation.

2. A written statement from the IHSS program that Jennifer Lynn Martinez Alarcon is permanently blocked from ever providing IHSS services again. Further, a statement that policies and procedures will be developed to block abusive and neglectful caregivers, and that this information will be provided to all IHSS recipients.

3. A check for the additional backpay funds that I never received from when I applied to IHSS. I have only received approximately half of the money. This is unrelated to the robbery, it is money that IHSS has owed me for two years.

4. A check for the Advance Pay I never received in December 2014. Currently IHSS is refusing to pay me this money, and will only send it to my caregiver, despite my repeated statements that I already paid my caregiver. I was wrongfully taken off of Advance Pay without any form of notification or explanation, and therefore should be reimbursed.

5. As compensation for the incompetence and harmful treatment I have received before, during, and after the robbery, a check for three months worth of IHSS pay. I will use this money to help cover the massive costs I am currently incurring having to pay caregivers out of pocket while I apply for Medicaid in the new state in which I reside.

6. Additional compensation for pain and suffering as determined by an attorney.

Are you an attorney who can help me and others who have been harmed by the IHSS program? Contact me.