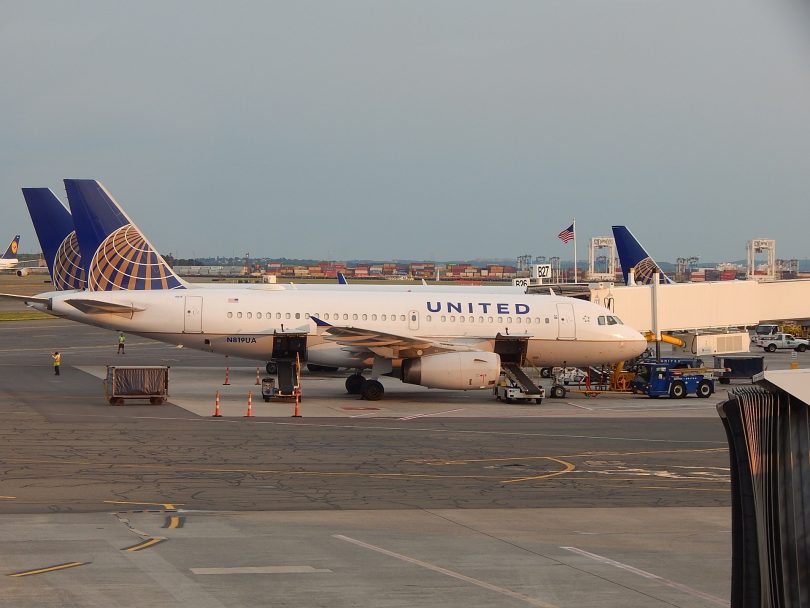 Along with the rest of the world, I watched the recent video of a doctor being dragged from a United Airlines flight with horror. Horror, but not surprise. While the physical violence in this incident was egregious and unusual, similar incidents occur regularly at airports and on flights around the country. They happen to people with disabilities who just want to travel by air like everyone else, but face discrimination due to antiquated laws and poorly trained staff.

As a travel blogger who uses a wheelchair, I have experienced and heard about numerous instances of people with disabilities being mistreated on airplanes. Just two weeks ago, Mark E. Smith, a manager at Pride Mobility Products and well-known disability advocate, was forcibly removed from an American Airlines flight with no explanation. He was then abandoned in an aisle chair on a jetway for half an hour before his power wheelchair was returned to him, improperly assembled. He wrote about being “discarded as a human being” and humiliated in front of other passengers on his blog. American Airlines has still not satisfactorily resolved the situation, claiming his wheelchair wouldn’t fit in the cargo hold even though it is smaller than the dimensions of the door.

Unfortunately, incidents like this are far too common. In 2015, D’Arcee Neal, who has cerebral palsy, needed to use the restroom after a long United Airlines flight. After waiting over 30 minutes for an aisle chair, he had no choice but to crawl off the airplane as flight personnel watched and did nothing to help. In March 2017, Sue Martin got on an American Airlines flight and discovered the bulkhead seating she reserved was too cramped for her guide dog. When she requested a different seat, another passenger gave her his first class seat and all seemed resolved. But just before takeoff, she was forced off the airplane after being told the captain didn’t want her guide dog on board and that service animals weren’t allowed in first class seating, which is false. And Army veteran Lisa McCombs filed a lawsuit against American Airlines after they denied her right to fly with her service dog.

There have been violent incidents, too. In 2016, a girl with cancer, vision and hearing disabilities was beaten bloody by TSA agents at a security checkpoint. In March 2017, a boy with sensory processing disorder was subjected to a groping pat-down by a TSA officer. And these are just the stories that make the news. There are many more. Travelers with disabilities routinely deal with broken power wheelchairs, being stranded in cabins while waiting for an aisle chair, invasive questioning about medications and mobility devices and airline staff treating us like potential criminals or burdens. But it took abuse happening to a person without a disability to truly get the world’s attention.

I must admit I find that frustrating, but now that you’re all listening, we people with disabilities could use your support. United CEO’s comments aside, the unfortunate gentleman who was beaten will most likely get justice. He’ll get numerous apologies and the big settlement check he deserves. But what about the rest of us? I fear after all the outrage dies down, not much will change with how airplane passengers with disabilities are treated. We’ll still be subjected to bullying from staff who aren’t quite evil enough to beat us, but make travel a nightmare nonetheless. And we still won’t have a strong enough law to fix the problems with air travel accessibility.

Many people don’t know that the Americans With Disabilities Act doesn’t apply to airlines. They are covered by a more limited law, the Air Carrier Access Act, which predates the ADA and offers far less protection for disabled passengers. For example, unlike other forms of transportation such as buses and trains, people who use wheelchairs cannot sit in them in the airplane cabin. Some larger airplanes provide space for a folding wheelchair to be stored at the front, but the majority of wheelchairs are placed in cargo, where they are at risk of being damaged during handling or by other baggage. It can require three or more baggage handlers to carry a 300-pound power wheelchair into the cargo hold, as most airlines don’t have a device to lift them. I once had the terrifying experience of watching them drop my wheelchair. I then had to wait through a four-hour flight to find out if it would work when I arrived.

While their wheelchair faces an uncertain fate in cargo, people with disabilities must sit in a standard airplane seat. Although they can bring extra padding or supports, it’s difficult to use them in cramped plane seats. Standard seats can be painful and even unsafe for individuals who have scoliosis or are prone to pressure sores or blood clots. And no, airplane bathrooms aren’t accessible either. A person with a disability who is usually continent may be forced to wear a diaper simply because they can’t get to the bathroom during a long flight.

These issues could all be resolved if airplanes were subject to the same rules as buses — if wheelchairs had to be accommodated in the cabin. There’s proof it can work — All Wheels Up recently crash tested a tie-down system for airplane cabins — but airlines would have to install removable seats and slightly reduce capacity on flights with wheelchairs in the cabin. Since airlines seem to be bent on cramming as many humans into a tin can as possible, legislation would most likely be needed, but in the long run, it would be worthwhile. The cumbersome process of loading mobility equipment into cargo and lifting disabled passengers into seats contributes to flight delays, and the cost of repairing damaged mobility equipment reduces airlines’ profits and contributes to higher ticket prices.

When staff are properly trained in helping people with disabilities, it reduces delays and makes flying a more peaceful experience. I don’t fly anymore due to wheelchair damage and other bad experiences, but before that, I had many good experiences. When I think about what distinguished the good experiences from the bad ones, it wasn’t about whether anything went wrong. It was how staff handled the situation. In the past, even with limited laws and protections, I was treated with kindness and respect. Pilots would stop by my seat to say hello and smile at my service dog. If my wheelchair sustained minor damage, it was fixed on the spot by an airline mechanic. Where there is kindness and genuine caring, we can make the best of a difficult situation as travelers. What happened to that kind of customer service? It seems notably absent from United Airlines and American Airlines, the carriers cited in each of the incidents listed above.

We need to start holding airlines accountable for how they treat all passengers, regardless of race, ethnicity, disability, gender or any other “difference.” If you witness abuse or discrimination, stand up for your fellow passenger, or if you feel unsafe doing so, take video of the incident. The more we expose abusive airline practices, the safer it will be for everyone who travels by air. Let’s make the skies friendly again.