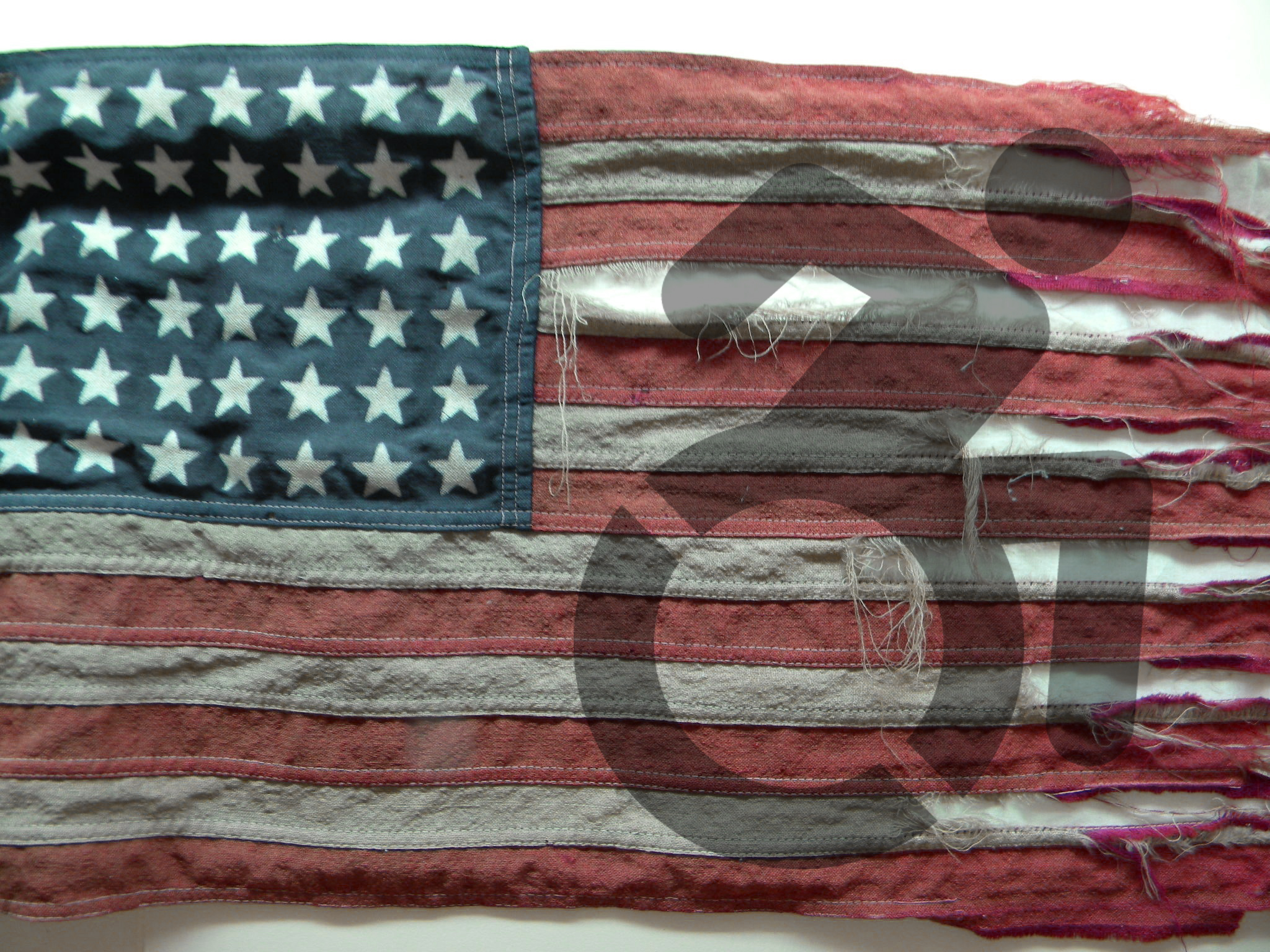 This isn’t a political blog. But the personal is political, and that’s especially true for me and many other people with disabilities. I didn’t sleep at all the night of the election, and I’ve been struggling to think and function ever since that night. I’m more afraid for my future than I’ve ever been before.

In the wake of Donald Trump being elected president, many people, including some close to me, have said not to worry. They claim that much of what Trump said was just bluster, that he cares about people, and even that I might be pleasantly surprised by him as a leader. But most of them are white, financially comfortable, and heterosexual. They live in a different world and have no idea what people like me experience every day — and in many ways, I’m more fortunate than others. So I feel the need to explain why I’m so frightened, because I believe many people may genuinely not know.

I’m a woman with a disability, and I’m a lesbian. Neither of those things fully define me as a person, but due to societal prejudice, I don’t always get the same rights and opportunities as others. I don’t see Donald Trump as someone who would accept me as I am or value my rights, as he has repeatedly mocked people like me. But more than Trump, I fear the Republican majority in Congress and the people Trump is appointing to the most powerful offices in government. From their rich, privileged positions, they could take away everything I need to survive, let alone thrive.

I am afraid of losing my most basic rights in the next few years. My biggest fear is of losing health care. I currently have Medicare, Medicaid, and private insurance through my father, who was able to keep me on his policy for life because of my disability. Even more importantly, I have what is called a Home and Community-Based Services Medicaid waiver. HCBS Medicaid waivers are programs that allow states to provide home care to people with disabilities and seniors who would otherwise be in nursing homes. This means the state pays for my caregivers to help me dress, shower, keep my house clean, shop for groceries, and generally function as a human being in society.

There are no private programs that provide this service. Private insurance does not cover “unskilled” in-home care i.e. anything that doesn’t require a nurse. And with the amount of help I need, I would have no hope of paying for it out-of-pocket. I don’t even earn enough every month from my job to cover paying my caregivers, let alone enough to pay them plus afford my food, utilities, etc. Now Speaker of the House Paul Ryan wants to replace Medicare with private insurance. Trump wants to replace Medicaid with “block grants” that could decimate Medicaid waivers, as they are classified as “optional” parts of Medicaid. Medicaid buy-in programs for working people with disabilities could be cut, forcing me to quit my job or lose my care.

Did you know that if I were to move, I would have to choose my state based on whether I can get the services I need to survive? Medicaid waivers vary by state, and there’s no consistency in eligibility, allowable income from a job, amount of care available, services covered, or caregiver wages. For example, California’s IHSS home care program has a maximum of 283 service hours per month, at an abysmal wage of $10 per hour in one of the most expensive states in the country. Florida has over 22,000 people on a waiting list just to get home care services.

Some states are better. Surprisingly, I’m getting 12 hours per day of caregiver help in the heavily Republican Midwestern state where I’m currently living. But will that last? More importantly, will I last here? Even though I live in a liberal enclave, I still feel very out of place, and that feeling has grown much stronger since the election. People like me who have intersectional identities must weigh many factors in determining where we live. I have to decide between being close to family, living in a state where I feel safe being a liberal, lesbian woman, and getting the disability services I need. There’s no easy answer.

On top of that, I can’t make any changes without incurring substantial cost. I can move to New York, Massachusetts, or Colorado, which also have good Medicaid waiver services, and as Democratic states, they’re more likely to retain them. But I can’t just transfer my services. I have to completely reapply in the new state and wait for my paperwork to be processed. During that time, I would have no coverage… I would have to pay out-of-pocket as I did when I moved here, to the tune of thousands of dollars that I didn’t have. I’m still in debt from moving 2 years ago.

Please think about this. I do not have a basic right all non-disabled people have: the freedom to choose where I live. If Hillary had been elected, she promised to support the Disability Integration Act, legislation that would solve these problems. It does have bipartisan support, so there’s a chance it could still go through, but I can’t see a President Trump caring about it. He would probably think it was too expensive, and be incapable of understanding that home care services are less expensive than nursing homes.

I had so much hope that I might see the light at the end of the tunnel, and not have to struggle so much to exist as a person with a disability. Maybe I could work more hours if I wasn’t so physically and emotionally exhausted from spending many of my days off dealing with paperwork documenting my income or expenses or some other nonsense. Only the 1% can afford to pay out-of-pocket for the amount of care I receive, yet my finances are constantly scrutinized. I shouldn’t have to jump through hoops to get my basic needs met. I hope that will change in the next four years, but I’m pessimistic. And it makes me just want to cry and never stop.

I have a few relatives and non-close friends who are among the average people who voted for Trump. They seem very clueless as to how their vote could endanger people like me who get state funding for health care and other services. They seem to believe that because they don’t think they’re racist, or sexist, or homophobic, those who are will not be emboldened to commit violence. I think they will learn the truth, but at whose expense? I fear for the many people I care about who are of color, who are or appear to be immigrants, who are women or LGBT. I’m afraid they could die in hate crimes or because of losing access to health care. I believe people will die before it’s all over. Many more will suffer greatly.

A person I know, an activist who is far more radical and outspoken than I am, recently announced that he was going back in the closet about being transgender in his community. I was shocked, and truthfully a bit disappointed to see someone I considered brave giving in to fear. Of course everyone has the right to make their own choices, and it’s not unreasonable to choose self-preservation. But are we really preserving ourselves if we hide who we are and go against every principle we hold? That may be breathing, eating, and sleeping, but it’s not living. It’s not any kind of life I want.

Until I read what he wrote, I felt stuck, unsure how to move forward after this devastating election. But his words made me more determined to do the opposite. I will not be silent. I will not stop speaking out online or offline. I will not make choices out of fear at the time when it is most important to show courage. I’m not going to wheel up to a bunch of men in pickup trucks with Trump flags and provoke them, but I will continue to mention my identity when it is relevant in everyday conversation. I will be an ally and speak up when I witness hate against all marginalized communities, not just my own. I will wear a safety pin, while recognizing it’s a symbol and not a substitute for action. I will write and advocate and go to rallies. Most importantly, I will be myself and keep on living.

I understand my choices could come at a cost. My employer and coworkers share my views, but it’s possible a business that would sponsor my travels may decide not to hire me as a representative. But they probably wouldn’t have liked me anyway. It’s possible I could be the target of violence. Been there, done that, and somehow now, I’m less afraid. As Martin Luther King Jr. said, “Our lives begin to end on the day we become silent about things that matter.” To be anything other than who I am would be betraying my community and myself. I have struggled for so long to accept myself, and will not let ANYONE change that. If we hide, they win.