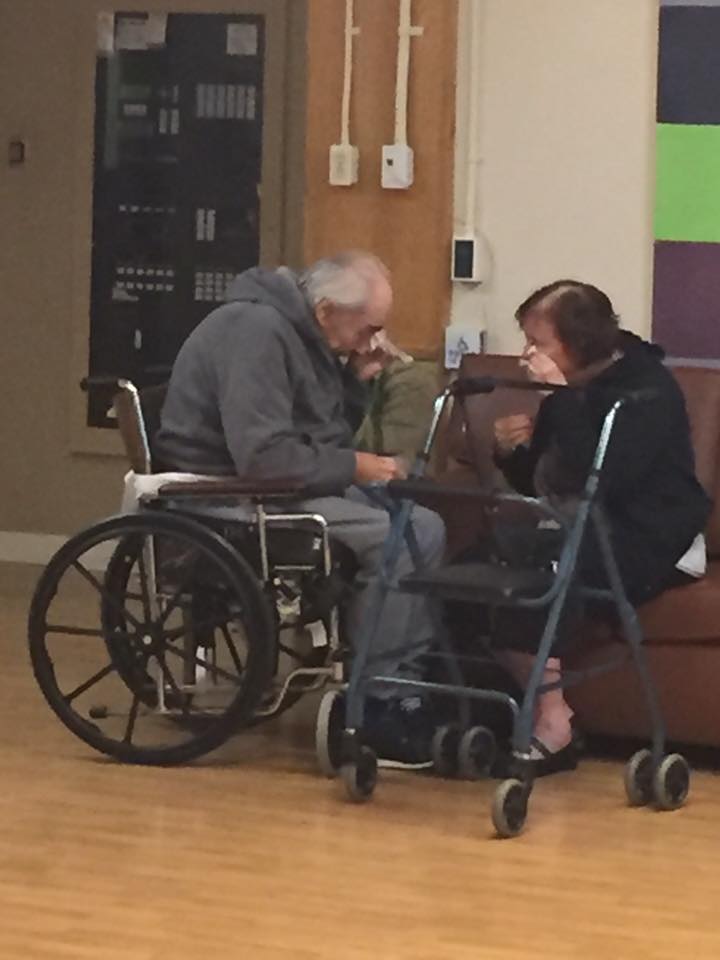 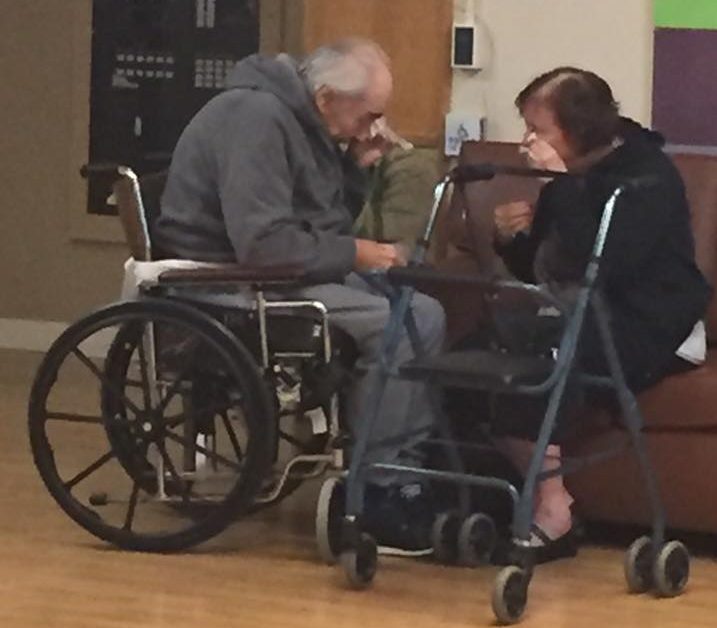 If you haven’t seen the tragic photo in your social media feed, you will soon. An elderly couple, married for 62 years, are weeping because they’ve been forced to live in separate nursing homes. Their family’s attempts to reunite them in the same facility have been futile. All Wolfram and Anita Gottschalk want is to spend the last days of their lives together.

The photo has gone viral, and it’s prompting discussion about long-term care and how we want to live when we get older or need help with daily tasks. Why do we as a society tear apart couples and families when they need each other most? What paper-pusher behind a desk decided this situation was acceptable? But most importantly, we must ask ourselves: Why do people have to live in nursing homes at all?

As a person with a disability, my worst nightmare would be to live in a nursing home or institution. Although I need help to get out of bed, shower, and dress, I’m fiercely independent, and the idea of being segregated in a medical environment, without the freedom to choose how I live my life, is terrifying. I’d rather be dead than be trapped in a place like that. But it’s the reality for too many people with disabilities, and many of them aren’t elderly. Many are my age or younger.

Around the United States, 1.4 million people with disabilities and seniors are stuck in nursing homes because state governments don’t properly fund in-home care programs. Many states have lengthy waiting lists to receive home-based services, and in the meantime human beings are locked away instead of being given the chance to be independent. This happens despite numerous studies showing that providing care in someone’s home is far less expensive than paying for a nursing home.

Unfortunately, despite this ruling, many states have still failed to provide proper long-term services and supports to people who want to live outside an institution. Individuals and groups have had to file complaints with the U.S. Department of Justice just to gain their freedom. Here are a few stories about people who were freed from institutionalization, and the quality lives they now enjoy.

I don’t know anyone who would want to be in a nursing home. All the older people I know want to remain in their own homes, receiving help with daily tasks and continuing to get out and enjoy life as much as possible. Almost all medical conditions can be managed at home. So why doesn’t that happen? And is there something we can do about it?

It turns out that yes, there is something we all can do right now. There’s a very important bill pending in Congress that would prevent tragedies like the “goodbye” photo from happening in the United States. It’s called the Disability Integration Act. Few people outside the disability community seem to know about it. That’s unfortunate, because passing the Disability Integration Act would help everyone. It would help your grandparents and parents as they get older. It could help your sister if she becomes paralyzed in a car accident, or your child if he’s born with Down syndrome. It could help you, too. Disability is the only minority group any of us can join at any time, and will join if we live long enough.

The Disability Integration Act would require public entities (state and federal governments) and insurance companies to provide long-term services and supports in the community for everyone who needs them. It would prohibit limiting services based on cost or service caps. It would eliminate waiting lists. It would end inconsistency in the availability of care between states — for example, while living in one state, I could only get a maximum of 283 care hours per month, but now in a different state I get the 360 hours per month I actually need. People in nursing homes and institutions would be informed of their right to live in the community, and offered assistance in setting up the right supports if they wish to do so.

The Disability Integration Act would ensure that practically no one is forced to live in a nursing home. But it’s not getting the publicity it needs. People don’t tend to pay attention to issues unless they affect them personally. As such, I think it’s time we give this bill a more descriptive nickname — one that states unequivocally what it does and why every person in this country should care. We should call it the “I Don’t Want to Die in a Nursing Home” Act.

Ultimately, that’s what the Disability Integration Act represents — the right to choose how we live and die. Do we want people with disabilities to spend their lives in institutions instead of having the chance to live at home, have a job, make friends, and fall in love? Do we want our elderly parents to spend their last years in a sterile room with a mumbling stranger, sitting in their own waste because the staff doesn’t care? What about ourselves? Getting older is scary. But knowing we could stay home with our loved ones, being cared for by people we choose, could take away some of that fear and provide tremendous peace of mind.

People with disabilities of all ages have the right to live in our own homes. I don’t want to live — or die — in a nursing home, and I bet you don’t either. So let’s stop talking about getting this beautiful couple, and the many others like them, into the same nursing home. Let’s talk about bringing them HOME.