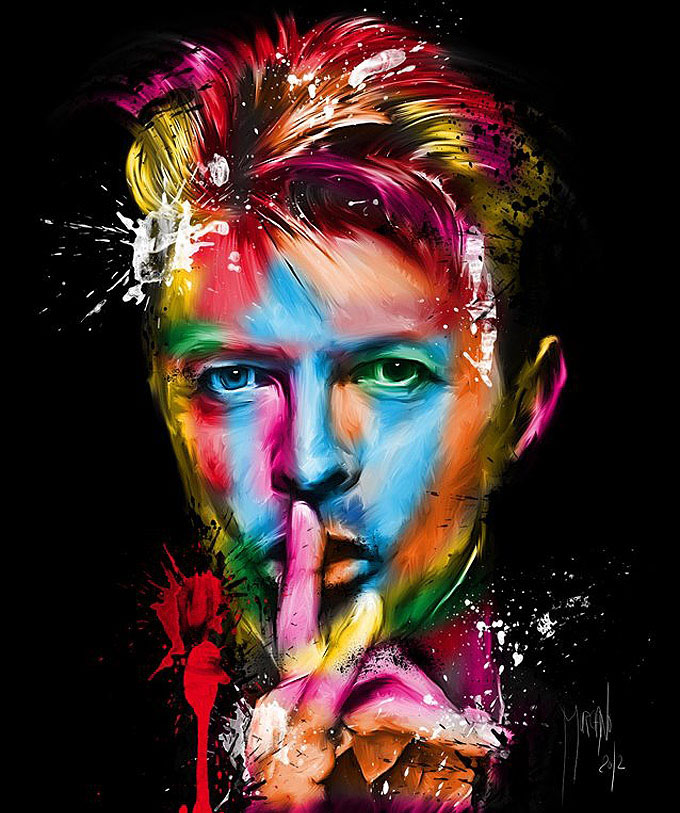 This morning, I awoke to a world without David Bowie in it. Today, I honor a man who helped me accept myself as a queer disabled woman.

I was aware of David Bowie from childhood, but I came to love him as a young adult who was questioning everything; who I was, what I believed, where I belonged in the world. Everything seemed so black-and-white: gay or straight, male or female, disabled or able-bodied. I was often drawn to the in-between, and I felt alone in that. Until I found Bowie. He was deeply compelling to me, a woman who generally prefers women, but is occasionally attracted to men. He seemed to capture the best of both worlds: a man who wasn’t afraid to embrace his feminine side, to wear make-up, to be openly bisexual, rejecting the rigid labels of gay or straight. As a person with a disability, I connected with Bowie’s willingness to defy traditional standards of attractiveness and forge his own path of androgynous style. It was a trend, but he was the trend setter, and his influence gave so many people the freedom to be themselves. His unusual eyes helped the world realize that physical difference could be beautiful.

His portrayal of Jareth in Labyrinth reminded me of the Phantom of the Opera: a dark, misunderstood figure whose attraction to a beautiful girl represented a coming-of-age for her, a growing awareness of adult desires that did not fit into the socially expected and acceptable. I related to that, as a woman whose body and sexuality is viewed at best as invisible, at worst as unwanted. In our society, people with disabilities are viewed as asexual, without desire or interest in sexuality or relationships. Who would want our broken bodies, find us attractive in this world of plastic surgery and perfection? We find our kindred spirits among people who are outsiders, the misunderstood, the in-between. David Bowie was part of our tribe, and he showed us we’re not alone.

There’s a starman waiting in the sky

I’m a feminine woman, and don’t feel compelled to defy gender norms too much as far as my appearance. But being a disabled woman, I can never meet the beauty standard. I will always be different. I’m not drawn to conventional beauty, unless it is accompanied by a decidedly unconventional state of mind. I’m drawn to women who are older, confident, secure in themselves even if their bodies don’t fit into what is narrowly considered acceptable for females. I’m drawn to women and men who value creativity and compassion over money and status, who think deeply, and aren’t afraid to cry. I judge people by their mind and heart, not their body parts. I have Bowie to thank for helping me accept myself in all my diversity and ambiguity.

I was fortunate enough to see David Bowie live in concert in 2004. It was a time of major transitions in my life. My best friend was moving back to England, I had just lost my second service dog to cancer, and I had returned to college to pursue my masters degree and a new career path. Several months later, I would meet a woman with whom I would later endure a disastrous and abusive marriage. While I regret the relationship, I do not regret that in the months before it, I liked myself. I could look in the mirror and find myself beautiful. I didn’t hate my body. I believed that I had a lot to offer in a relationship, and opened my heart. David Bowie played a role in that. He made me realize that I might be beautiful to someone.

I thank Bowie for showing me that it’s always possible to reinvent yourself, no matter your circumstances. I’ve had to do so several times, and while I may not be Ziggy Stardust or the thin white duke, each version of me has brought me to greater understanding and self-acceptance. I hope to continue to evolve and change throughout my life, as he did.

Today we all mourn the loss of David Bowie. We celebrate the gifts he brought to music. Most of all, we celebrate the way he changed our culture, helped us to embrace those who don’t fit the mold, who transcend sexuality and ability and gender. His legacy will endure in every person who has the courage to be themselves.

This way or no way
You know I’ll be free
Just like that bluebird
Now ain’t that just like me
– David Bowie, Lazarus