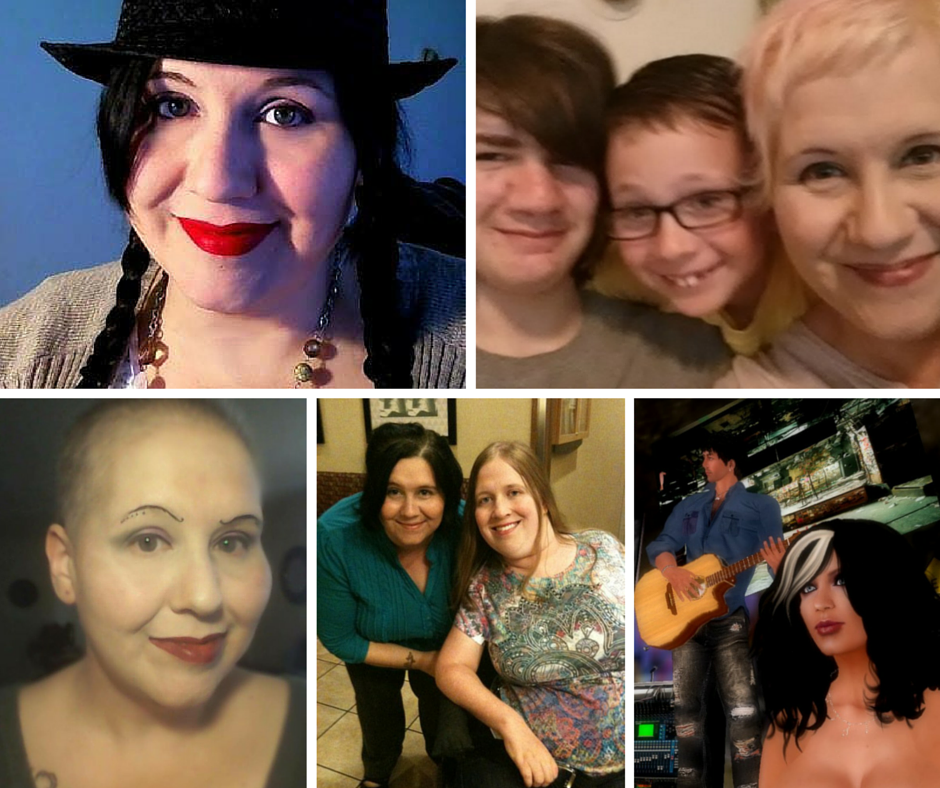 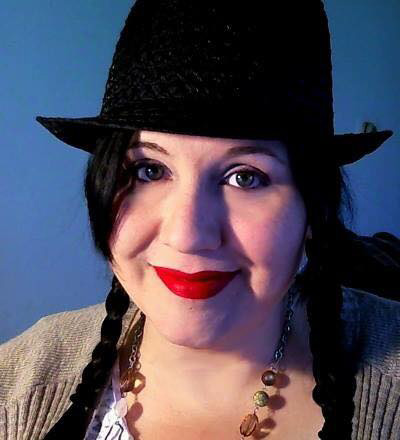 I got the call yesterday morning. My dear friend Brandy Maltas passed away after a two-year battle with uterine cancer. Things looked good after her initial surgery and first batch of chemo. But then a few months later, they found spots on her liver. She had more chemotherapy, but her body started reacting badly, and her treatments became further and further apart. I’ve been told she went to the ER in the middle of the night, in pain. They couldn’t stabilize her, and she died around 8:45 am.

Brandy was only 40 years old and leaves behind three beautiful children who were her world. Apparently even they did not realize how sick she was, the toll cancer was taking on her body. She wanted to stay strong for her family and friends, for all of us. She was a fighter, and I wanted to believe she could survive anything. I feared for the worst long-term, but I thought she had more time. Time to watch her kids grow up. Time for me to come visit her later this month and hang out, even if she only felt up to sitting around watching the cooking shows she loved. It wouldn’t have mattered. I just wanted to see my friend. Now I never will again.

I’m in shock, and struggling to absorb this loss. Brandy was one of my best friends, but that doesn’t adequately describe how important she was to me. In many ways, she saved my life. 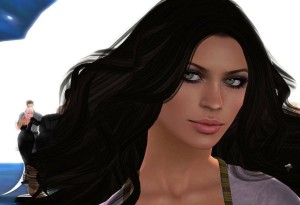 Brandy and I met in Second Life in 2008. I haven’t talked much about SL here, but it’s a virtual reality platform where each person has their own fully customizable avatar. You can look like and be whomever you want, and do almost anything you ever dreamed of doing. It’s a wonderful way to meet people from all over the world, and even make some real money. I’ve had a couple of businesses there for years, a gaming hall and a land rental company. In 2008 I wanted to start having live music events for my tenants, but was already busy with other aspects of the job and didn’t really know how to get started. I wanted to hire someone who already knew the ropes. A friend recommended Brandy. 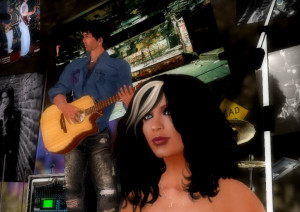 Brandy and Seth at their Club Graffiti in Second Life.

From the first time we spoke, I was impressed by her skill and professionalism. With her help I became connected to the live music community, and started hosting shows at my venue. We both developed an interest in doing management and marketing for musicians. She went on to manage several of the most popular musicians in SL, including Seth Regan, aka Mankind Tracer. I became a friend and personal assistant to Tamra, a Broadway performer who sings in SL between acting roles and concerts. My business grew, and I gained many new professional contacts through Brandy’s wide circle of friends. But most importantly, I gained a friend in Brandy, at the time when I needed one most.

In Second Life, I was a prosperous business owner, but my real life was in shambles. I was trapped in an abusive relationship and had no other opportunities to work or earn income. I was stuck at home most of the time, isolated from the world. Second Life was my lifeline. As I got to know Brandy, I learned more about her life. She worked in SL because she was a struggling single mother. She loved her kids more than anything in the world, but dealt with poverty and unemployment for years. Eventually, she told me she was a survivor of domestic violence. Her first marriage had been abusive. She had escaped with her two older children and remarried a few years later, to a nice guy. It didn’t work out, but they had an adorable, rambunctious little boy together. She couldn’t find a job in her small rural town, so she started working online. 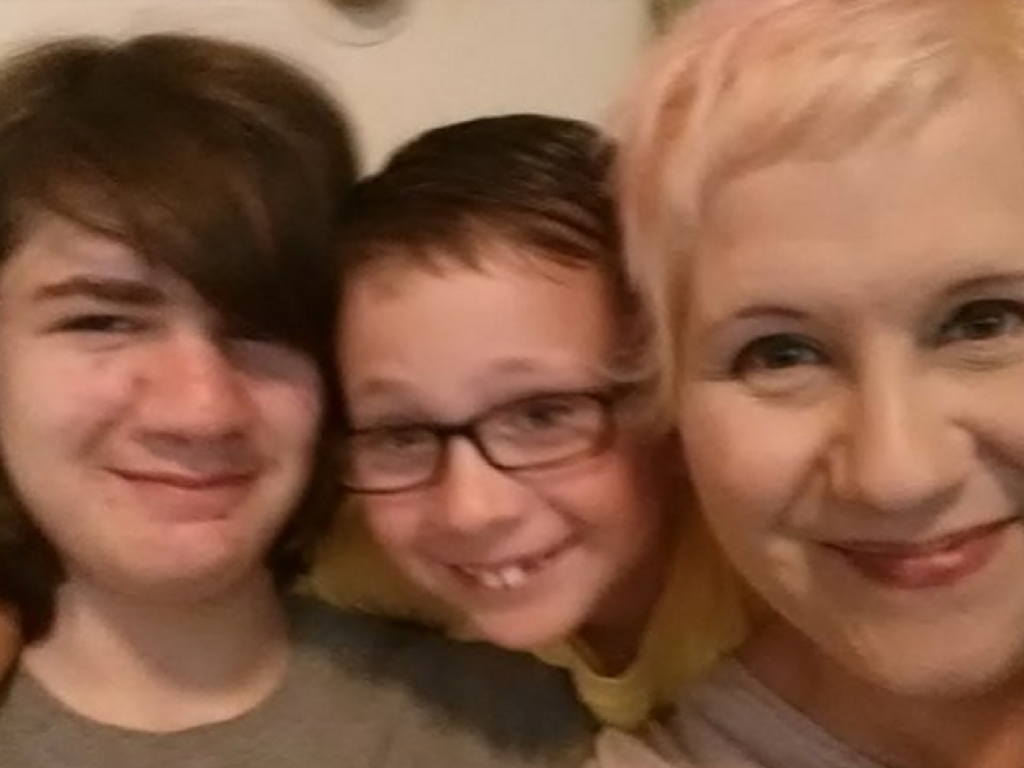 Brandy with her sons Quinn and Donovan.

Brandy and I would spend hours on Skype talking about work and life. Naturally, I would hear conversations in the background at her house, mostly the kids playing loudly. She would also hear what was going on in my life. And she told me she was concerned. She overheard the way my then-partner spoke to me. She listened to my stories and tears about my life, how my partner was spending all my money, bullying me and refusing to do anything for herself. And she told me, “That sounds like what my ex-husband used to say and do.”

I didn’t realize I was being abused. I knew if someone hits you, that’s abuse. But my ex had never hit me. Her abuse was more insidious. Like many domestic violence victims, I blamed myself. I didn’t think it could happen to me. Brandy, Tamra, and my home care assistant and dear friend Chrissy helped me see I was being abused, and I had to take back my life. I went through the grueling process of getting divorced and removing my ex from my life. Through all of it, Brandy was there. She always had a shoulder to cry on, but most of all, practical advice to give. She saved my life from a situation that was rapidly becoming violent and dangerous. She helped me find myself again. How can you ever thank someone enough for such a gift? 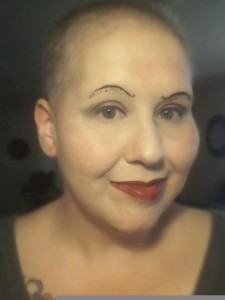 Brandy was truly one of my best friends. I felt I could be completely myself with her, and I would receive the same in return. I could always count on her to say exactly what she thought. Sometimes she would ask me if I wanted the honest answer, or the gentle one. I would ask for honesty with a touch of gentleness, because I’m sensitive, but I wanted the truth. I appreciated her wise counsel and willingness to be the friend who “calls you on your shit,” as she put it. Even when her frankness hurt my feelings, I never doubted her words came from a place of love. I admired her confidence and sense of self-acceptance. She took pride in her curvy body, even designing her Second Life avatar to look like her real self. She dyed her hair wild colors and had tattoos. When chemotherapy took her real hair, she bought colorful wigs and drew elaborate eyebrows to replace her own.

I will never forget one of the most fun experiences of my Second Life, when Brandy and I helped Tamra give her avatar a makeover. From then on, Tamra always dedicated “Popular” from Wicked to Brandy whenever she was at a show. Popular described Brandy well. She had so many business associates and friends all over the world in various professions. She had a way with people and a knack for sales and marketing. She could be brutally honest, but also soothe sensitive egos and smooth ruffled feathers. She had a kind heart, but just enough business-minded ruthlessness to get the job done. Her level of self-education and culture made her seem like a sophisticated urban businesswoman, even though she spent her life in small-town Illinois. She was the best music manager I’ve ever met. She could have gone to Chicago, LA or New York and worked with the top people in the business. I wish more than anything she could’ve had that chance. It was her dream for many years, until cancer made her goals slowly shrink from a five-year plan to getting through the day. 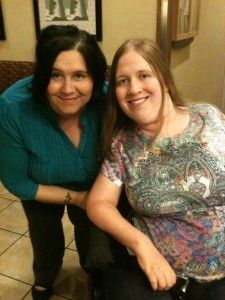 Brandy and I meeting for the first time in 2010.

In many ways, I have Brandy to thank for this blog. Along with Tamra and Chrissy, she encouraged me to take that first road trip and rediscover my love of travel. Getting the chance to spend time with her in person was one of the biggest reasons I took my trips. We met up a few times over the years. I feel thankful that I was able to see her this past October. I had planned to see her again soon, and will always regret that it didn’t happen in time.

A few months ago, Brandy and I had a Skype conversation about life, cancer, and how we wanted to be remembered when we’re gone. At the time, she thought or at least hoped she had a few years left to live, enough time to see her kids grow up. Her attitude about her pending mortality was, like everything else about her, matter-of-fact. Her words felt so important that I took the time to write them down. Here’s what she said: 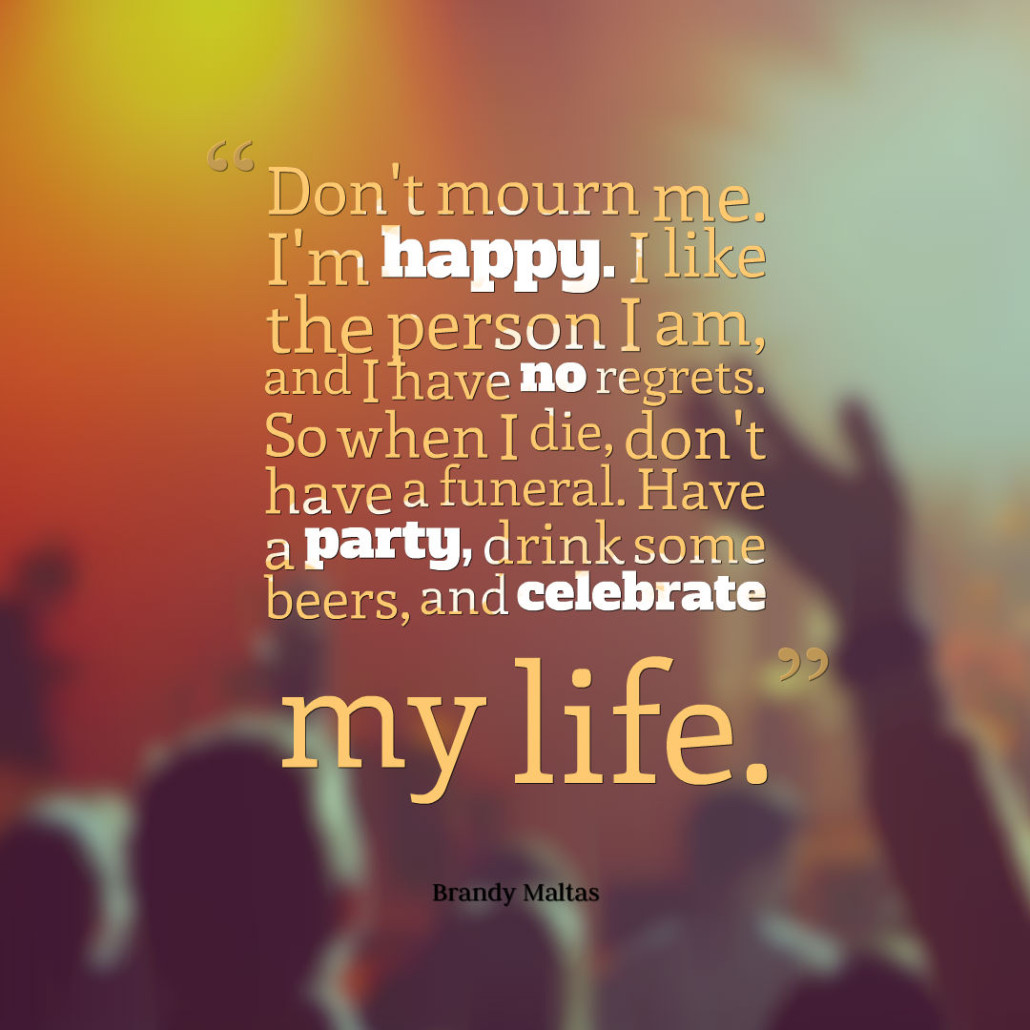 Later in the conversation, she also said “If life hands you lemons, make lemonade shooters.”

Her will states that she didn’t want a funeral, she wanted a party to honor her life. I will be honest and say the last thing I feel like doing right now is having a party. But I will fulfill her wishes in Second Life, and attend in real life, too, if I can. And sometime, maybe soon, maybe several months from now, I’ll remember her when I order a lemon shooter, and raise a toast in her honor. I hope you all will, too, whether you knew her or not. 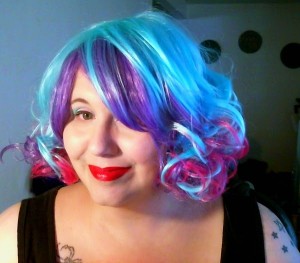 Brandy was an amazing person who deserved more time to achieve her goals, but lived each day to the fullest with what she had. Her spirit lives on in her children, her friends and all the lives she touched. She was a blogger, and her final post says a lot about how she would want to be remembered. It’s called “the real inspirations.” I hope you’ll go and read it in its entirety. It is a far better tribute to her than I could ever write. But I’ll have to disagree with her about whether she was inspirational. She inspired me because she was a kind, funny, sometimes brash, imperfect but awesome human being like the rest of us. She was, in her words, just a woman trying to get through a rough time in her life the only way she knew how. And she did it with courage, grace, and style.

Goodbye, my dear friend. I will miss you more than I can possibly say. But I will go on living, because I know that’s what you would want me to do. I will do my best to succeed in my career, and be popular… but not quite as popular as Brandyyyyyy. And that’s OK. You set me free to be me. I will keep working hard and achieving my goals with the life you helped me reclaim, and I’ll never stop being grateful for it. Thank you.