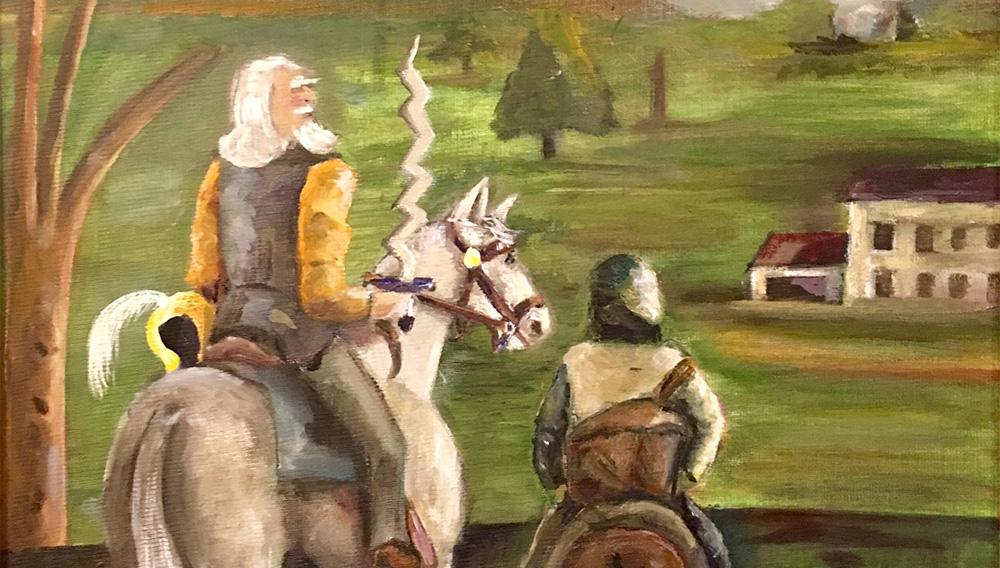 When I was a little girl, I had to do physical therapy every day because of my cerebral palsy. It was boring, exhausting, and sometimes painful. I hated it. I would scream and cry, and refuse to cooperate. The only thing my mom found that would help was music. She soothed me with classical music, opera, and folk songs. But most of all, she introduced me to my great love, musical theater. 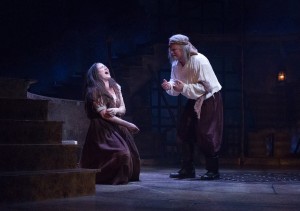 Tamra Hayden and Robert Newman in Man of La Mancha.

Out of all the musicals she played for me, my favorite was Man of La Mancha and the song “Impossible Dream.” I listened to it over and over again, and memorized the whole play. It spoke to me in a way no story ever had before. Here was a man, Don Quixote, who stayed strong even when no one believed in him. Almost everyone considered him to be crazy, yet he had incredible insights about life. He saw the beauty in people others viewed as worthless — people like me. I could relate to him. And so he became my first role model, and his words became principles upon which I lived and still live my life.

When I recently got the news that one of my dearest friends, Tamra Hayden, was cast in the leading role of Aldonza in Man of La Mancha, it felt like my life had come full circle. As I prepare to travel to see her perform in the show that changed my life so much, it brings back memories. I remember being a little girl in my daddy’s arms after a dinner theater production, meeting the performers still in costume and getting a hug from Don Quixote. I wonder what that little girl would think if she could see who she has grown up to be. I look at each of the lines of the song “Impossible Dream,” and see how I have lived by them, and lived that dream.

To dream the impossible dream 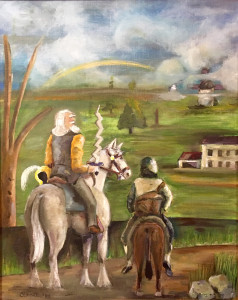 This beautiful painting was created by a man we shared a table with at the dinner theater, and sent to me as a gift. I will always treasure it.

People have been trying to decide what is impossible for me since before I can remember. When someone tells me I can’t do something, it just makes me even more determined to succeed. I’ve achieved my goals only because I believed they were possible. I will never stop dreaming the impossible dream.

To fight the unbeatable foe

Throughout my life, far too many people have tried to keep me down. From principals who tried to deny my rights as a disabled kid in school, to an abusive spouse, to caregivers who stole from me and even robbed me at gunpoint, they all saw me as vulnerable, as someone they could take advantage of. The system of fragmented assistance programs and supports for people like me is broken, and sometimes filled with people who would rather make our lives miserable than help us. But I have never stopped fighting to be treated with fairness and equality, and ultimately, I’ve always won.

To bear with unbearable sorrow

I’ve experienced more physical and emotional pain that I can possibly put into words. I struggled for years to fully accept myself and my disability. I lost my mother, my support, my rock, to cancer when I was only 22 years old. I spent years trapped in an abusive marriage that destroyed my self-esteem and turned me into a shadow of the confident, determined woman I used to be. It took a long time to find myself again. I rebuilt my life only to have it torn apart again after I was attacked in my home. I feel like every time I manage to achieve something, it gets ripped away. I don’t dwell in my sorrow, but it is there, and I’m not ashamed to talk about it. I bear it as best I can.

To run where the brave dare not go

I don’t consider myself to be particularly brave — not naturally, anyway. Had I not been born with a disability, I probably would have followed a conventional path, and taken few risks in life. I wouldn’t exactly say that I’m glad I have a disability, but I think it’s made me a better person, and definitely a stronger one. If I want to live the life I choose, I have no choice but to be brave. Even though doing so goes against my nature, I try my best to run towards fear and embrace it. Just don’t laugh at me when I have to grit my teeth and watch puppy videos on my phone when I get blood drawn.

To right the unrightable wrong

I’ve always wanted to save the world. I refuse to accept a world in which people don’t get what is coming to them, either way. I am a strong believer in justice. I’ve always been drawn to politics and social causes, and I do my best to accept and advocate for people who are “different,” whether it be due to disability, sexual orientation, race, or cultural background. I feel an affinity towards anyone who has experienced discrimination just for being who they are.

To love pure and chaste from afar

This is a lesson I’ve had to embrace too often and with much pain. I have loved many times, but the person already loved another, or could not love me in the same way. It has taught me that if we truly love someone, we should want only what is best for them, even if it means they spend their life with someone else. Love is a rare and precious gift that must be honored. We can still love them as a friend, or from afar. Although I feel like a whole person without being in a relationship, I’ve spent many nights crying because I’m afraid the amazing woman I dream about finding will never want to be with me. I try not to give up believing, but mostly, I just live my life, and honor the loves of my life, my friends and family.

To try when your arms are too weary

Doing physical therapy every single day was a mixed blessing, but I learned one important lesson: never give up. I’m often tired, and sometimes in pain, but I have to keep trying, and press on. I don’t connect well with the spoon theory or any other suggestion of limiting myself. Yes, I have to manage my energy, and sometimes say no to things, but ultimately, if something is really important, I do whatever it takes. Otherwise, what’s the point of living?

To reach the unreachable star

What makes something unreachable? I’ve done so many things people said I couldn’t do. If the lonely and scared little girl who used to sing this song could see me now, she would be amazed at what I’ve accomplished — the life I have led, the places I’ve been, and the people I call friends. She would be sad for my losses, too. She’d have some regrets, and do a few things differently. But she wouldn’t give up reaching for that star. And I won’t either.

For I believe that the world will be better, perhaps in just some small way, but better, because I have lived. Because that little girl with the scars on her legs grew up and strove with her last ounce of courage — to reach the unreachable star. 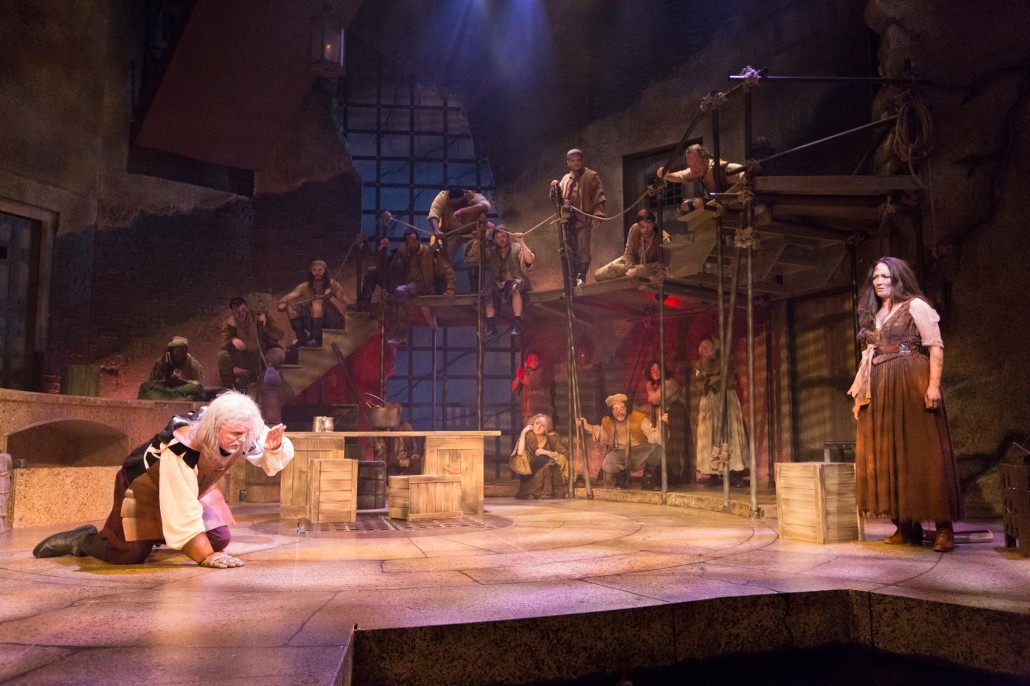 Tamra Hayden and Robert Newman in Man of La Mancha.