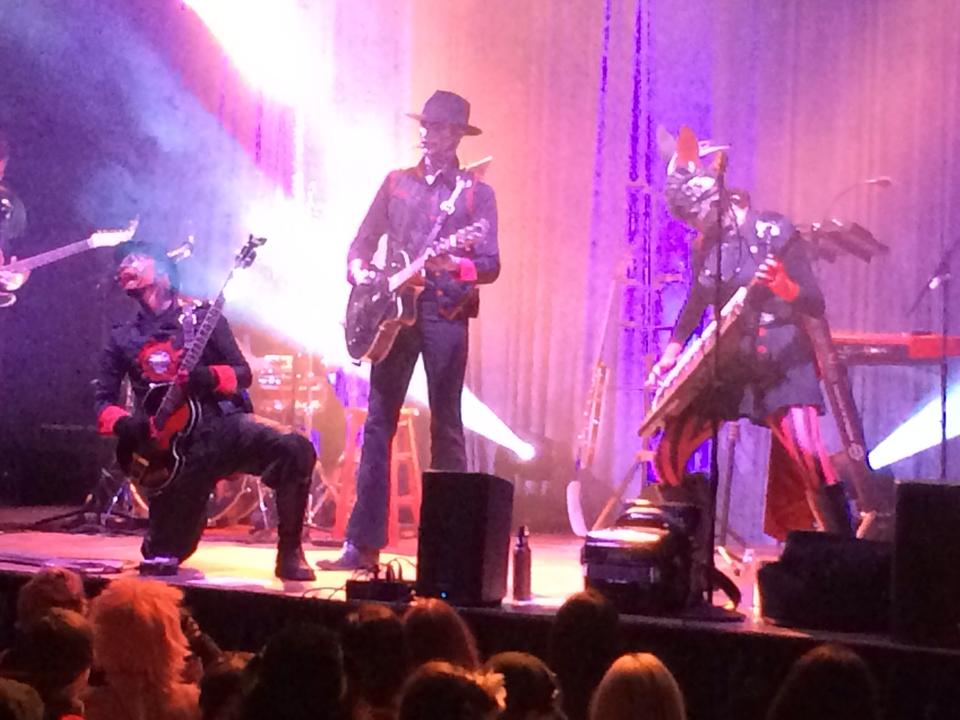 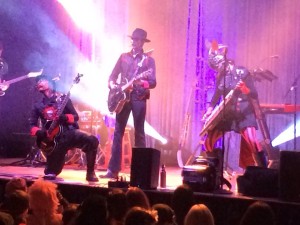 Steam Powered Giraffe is one of my favorite bands. Besides being musically top-notch with excellent vocals and solid songwriting, they’re among the most unique and original bands performing today. They’re a part of the genre known as steampunk, a modern day interpretation of Victorian and Edwardian conceptions of the future. Think of steam powered cars, airships, Tesla’s early electricity, Jules Verne, and the movie Wild Wild West, and you’ll get an idea. It’s a popular genre amongst the comic con and cosplay community. 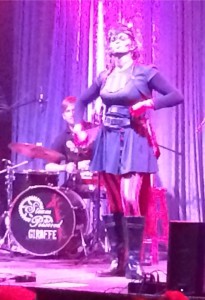 The members of Steam Powered Giraffe perform as vintage automatons, quirky funny robots, using elaborate costumes and makeup. They’re trained in mime and acting, and put on an elaborate show complete with projections and lighting effects. But the show also has substance; they’re genuinely funny and have some wonderful songs. They keep their humor PG, so it’s ok to bring the kids too.

There are three core members, Sam / Hatchworth, a goofy robot with a mustache and stovepipe hat, David / The Spine, a lanky, deep voiced automaton with a titanium spine (that’s his back story, har har), and soulful Bunny / Rabbit, whose evolving costume involves a metallic Mohawk and rabbit ears. David and Bunny are twins and Bunny has come out as transgendered, courageously changing her gender and that of her character while in the public eye. They both have wonderfully rich singing voices.

Everyone I’ve introduced to the band has loved them. I can’t recommend them highly enough – just check out my photos from the concert and the videos I’ve included and you’ll understand. They tour and make a lot of appearances at conventions, so keep an eye out for them in your area.